On November 9, 2022, Masaryk University held an international scientific symposium addressing environmental and health crises, in Brussels, under the auspices of the Czech presidency and the support of the Czech Minister for European Affairs. The RECETOX research center of the Masaryk University Faculty of Science which deals with risks arising from environmental pollution actively participated in organizing the symposium.

The Czech Republic has been chairing the Council of the European Union since June 2022. Masaryk University is contributing to the success of the Czech Presidency by organizing the State of the Environmental Health in Europe: Scientific Solutions to Global Crises scientific symposium. “The issue of environmental health is gaining high importance. Science needs to propose and promote measures to address the urgent challenges we face now and in the future. I am extremely pleased that Masaryk University is showing such commitment to stand at the forefront of European initiatives and research projects, as is the newly established research infrastructure EIRENE," said Minister for European Affairs and former Rector of Masaryk University, Mikuláš Bek, at the beginning of the symposium.

The minister of health Vlastimil Válek agreed with Mikuláš Bek: "We need interdisciplinary science, international cooperation, and high-quality data on health and the stressors that affect it. The RECETOX research center of Masaryk University is a good example of an institution providing such strategic data to several national ministries, European and global institutions such as UNEP or WHO." According to Vlastimil Válek, it is impossible to address complex problems in any other way than holistically.

The current Rector of Masaryk University, Martin Bareš, emphasized the great potential of pan-European cooperation in science and education. "Building a robust research infrastructure linking science and curricula is crucial for political and societal change. Masaryk University does not take environmental risks lightly and has demonstrated this through its active involvement in the HERA project," said Bareš. He also invited participants not to miss the discussion panels of leading European experts on current topics.

The topics discussed were based on the European Research Agenda 2030, defined within the framework of the HERA project (Health and Environment Research Agenda for Europe). The first panel addressed the links between global pollution, climate change, biodiversity, and human health. The environmental chemist Martin Scheringer, who works at RECETOX and ETH Zurich, opened the discussions. He was followed by ecotoxicologist Ralf Schulz from Universität Koblenz-Landau, Danish scientist Anna-Maria Andersson who studies the effect of chemicals on the human endocrine system, and founder of Environmental Health Sciences Pete Myers. The second panel focused on the need for societal transformation, without which it will be impossible to respond adequately to global challenges. It featured Jytte Gutenland, a member of the European Parliament, director of the Environment and Health Programme at the Centre for International Environmental Law David Azoulay, the director of the Brussels Office of the UN Environment Programme Veronika Hunt Šafránková, and toxicologist Åke Bergman from Örebro University. The symposium was open to the public, broadcast live, and viewed by hundreds from Europe and beyond.

The afternoon program discussed concrete steps towards greater collaboration between European centers on global change, the environment, sustainable development, and population health. Participants agreed on the need to create an international platform. This platform would act as a think-tank and help identify pressing issues and ways to address them. It would also facilitate better networking of all the necessary players to achieve transformational change: research and higher-education institutions, funders, and partners from the public and private spheres.

The scientific Symposium State of the Environmental Health in Europe: Scientific Solutions to Global Crises followed a similar event entitled Chemical Exposure and Public Health held in March 2022 under the auspices of the French Presidency. This important, new tradition of conferences on current scientific and societal challenges in the field of environment and health will continue in spring 2023 by Sweden during its Presidency. 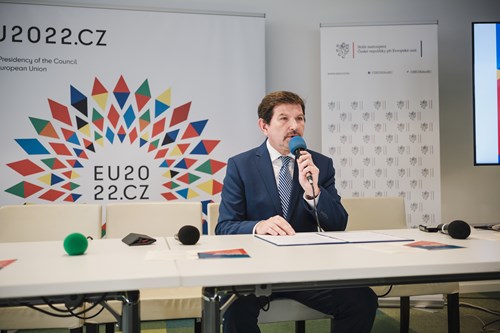 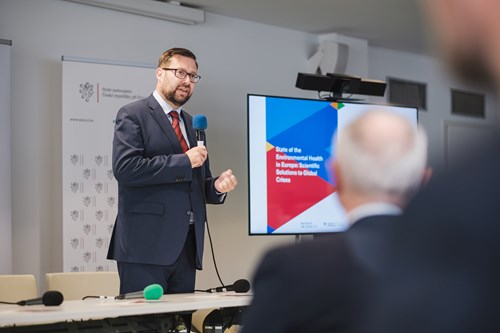 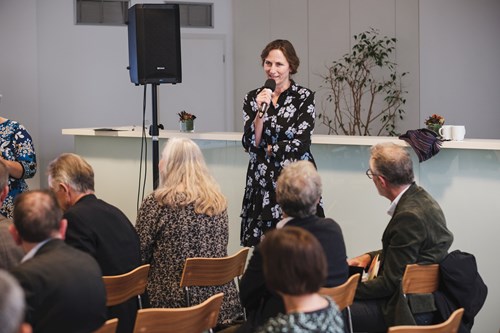 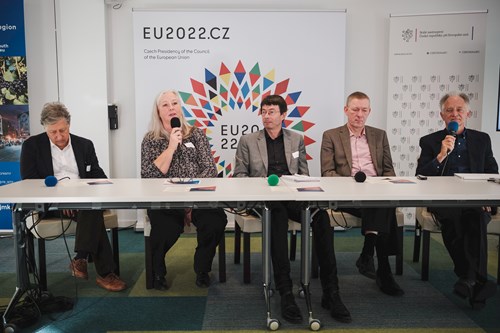