On 25 April 2022, presentations and a panel discussion on the global environment and health challenges were held at the Brno Observatory and Planetarium. The event, hosted by RECETOX, in cooperation with the Learned Society of the Czech Republic and the Brno Observatory and Planetarium, featured three international experts. The event also included the screening of the 3D film "Space Circus" and an informal meeting with the speakers.

The event was opened by the Masaryk University vice-rector for research and doctoral studies, Šárka Pospíšilová, the director of RECETOX Jana Klánová, and the chairman of the Learned Society of the Czech Republic Pavel Jungwirth and was moderated by Kateřina Poláková from Česká Televize.

The first speaker was Professor Bryan Brooks from Baylor University in Texas, who has been working on environmental issues for more than three decades. Brooks and his team focus on water quality and sustainability. In his presentation, he stressed the need for a sustainable approach to the environment. Although the current state of nature may appear adequate, humanity is teetering on a fine line, and environmental protection is necessary. He urged the audience: "Donˈt take the state of the environment lightly as it directly affects all of us."

The second speaker, Professor Gerhard Lammel, is based at RECETOX and the Max Planck Institute for Chemistry in Mainz. His research focus is on the chemodynamics of environmental pollution, and specifically on organic pollutants in the atmosphere. His talk focused on the links between air, water, and soil conditions. Lammel mentioned 1987 as a turning point, owed to the ratification of the Montreal Protocol designed to protect the ozone layer. Thanks to this important international treaty seeking to eliminate the production and consumption of ozone-depleting chemicals, the planet has a chance to "heal." According to Lammel, international cooperation is essential for enabling society to fight for a better world and, therefore, for our health.

The final speaker was Robert Barouki, a Professor of Biochemistry from Paris Descartes University. Barouki said: "Clear communication of new scientific knowledge is essential." If research is presented clearly, it is much more likely to be understood by political authorities responsible for legislative changes, such as restrictions on chemicals that affect human health. He also emphasized that while we already know a lot about the world, we still do not know enough. Collaboration in science and policy is essential for further progress. He added: "If science is not interpreted clearly, its implementation in everyday life is complicated and perhaps even impossible."

All three experts agreed that science could help address current societal challenges, such as the COVID-19 pandemic. They also agreed that the global situations of recent years have clearly shown us how complicated it is for humanity to deal with significant changes. However, they believed that uncertainty could be addressed through scientific knowledge. Clear and open communication of science can be a way to reduce the harmful effects and pervasiveness of fake news, as well as a motivation for each of us to initiate positive change individually and as a society.

During the panel discussion, astronomer and science popularizer Jiří Grygar, members of the Learned Society of the Czech Republic, and Masaryk University students also joined the discussion. At the end of the afternoon, the audience could watch the 3D film "Space Circus." After the program, refreshments were served, and everyone could meet the speakers and ask questions that had not been asked during the panel discussion. 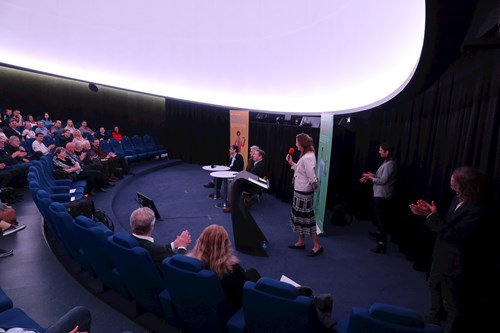 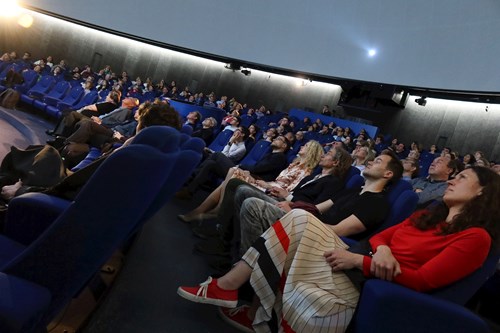 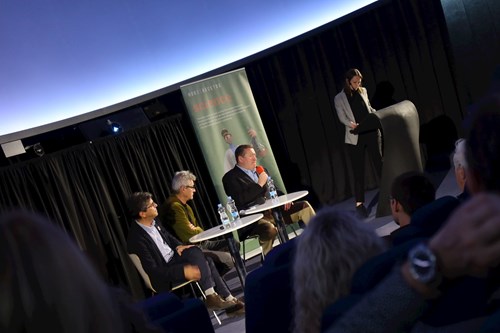 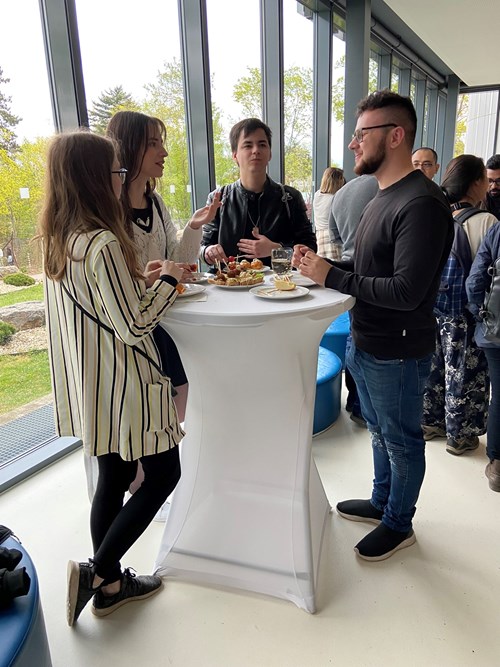 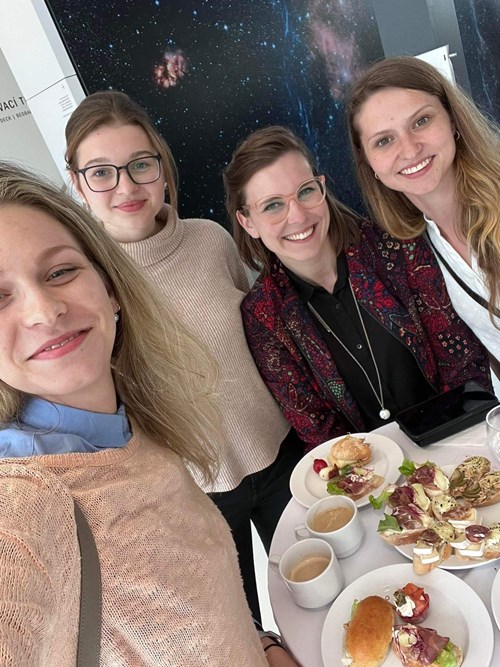